Landslide Hazard
A landslide is defined as movement of a mass of soil (earth or debris) or rock down a slope. Landslides can be triggered by either natural (e.g., earthquake shaking, heavy rain) or human-related causes (e.g., excavation of the slope’s base or toe). Landslide is a generic term for all kinds of mass movements, e.g., rockfall, slumps, slides, flows and creep. The type of mass movement depends on type of material, slope angle or steepness, and degree of water saturation. In Canada in the last 150 years, over 600 people have lost their lives to landslides, providing an average of four lives every year (Evans, 1999). The 1946 MS 7.3 central Vancouver Island earthquake (Figure 1) caused a number of landslides on Vancouver Island. The earthquake caused a promontory to slump into a bay south of Courtenay which generated a wave that overturned a small boat causing the fatality of a Vancouver man. 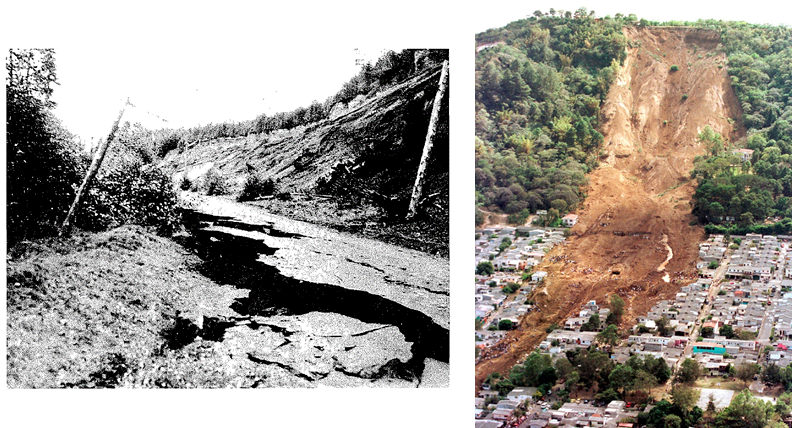 Further, if available for the region, an inventory database of earthquake-induced or statically triggered landslides events is beneficial to develop or validate regional landslide potential mapping. 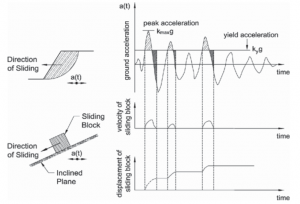 Figure 3. Image above shows a generalized interpretation of landslide susceptibility in the Greater Vancouver region. Areas with slope angles above 10° and 20° are shown in black and red, respectively. Locations of previous landslides are shown by green circles, from Eisbacher & Clague (1981). (image from: https://www.cgenarchive.org/vancouver-geomap.html).